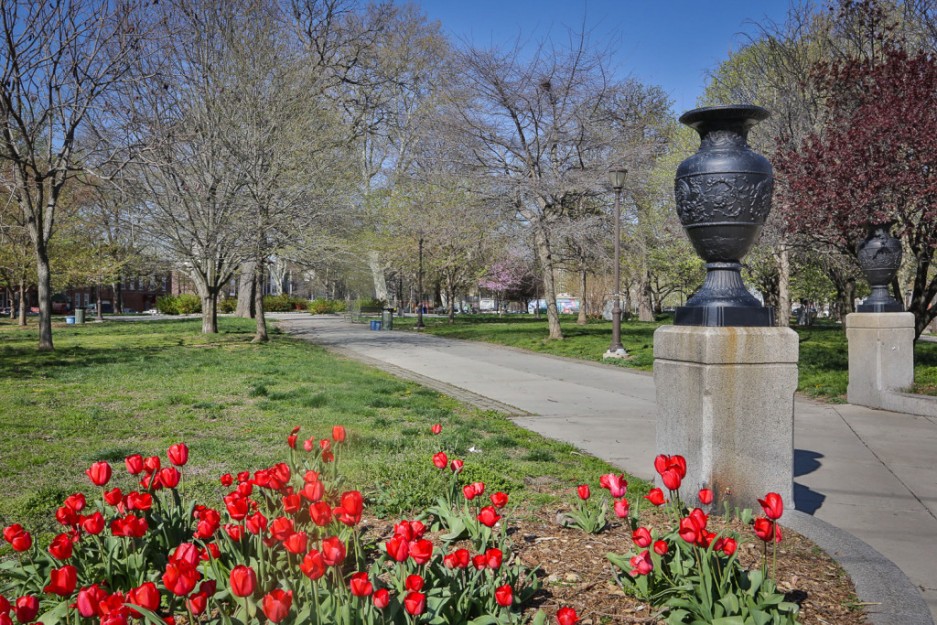 Jefferson Square Park is indicative of the ongoing transition of the neighborhood around Washington Avenue, where the ethnic mix of Irish, Italian, and African Americans – and more recent Southeast Asian and Mexican populations – converge with the young professionals who are moving into new luxury town homes.

Star-patterned Jefferson Square was originally constructed in the early 19th century. During the Civil War, the park was deeded to the Union Army and renamed Camp Jefferson. Located close to taverns, transportation, and military hospitals, Camp Jefferson was ideally situated for a troop encampment.

The Southwark Plaza high-rise housing projects were built just north of the park in 1962. As the Southwark Towers fell into disrepair during the next two decades, the park also languished and was plagued by illegal dumping and drug traffic.

Residents rallied to save the park in the 1980s when the city proposed building an enclosed recreation center atop the site. The towers were imploded in 2000 and replaced with low-rise, single family subsidized units. In 2002, the Jefferson Square Community Development Corporation built new town homes bordering the historic park.