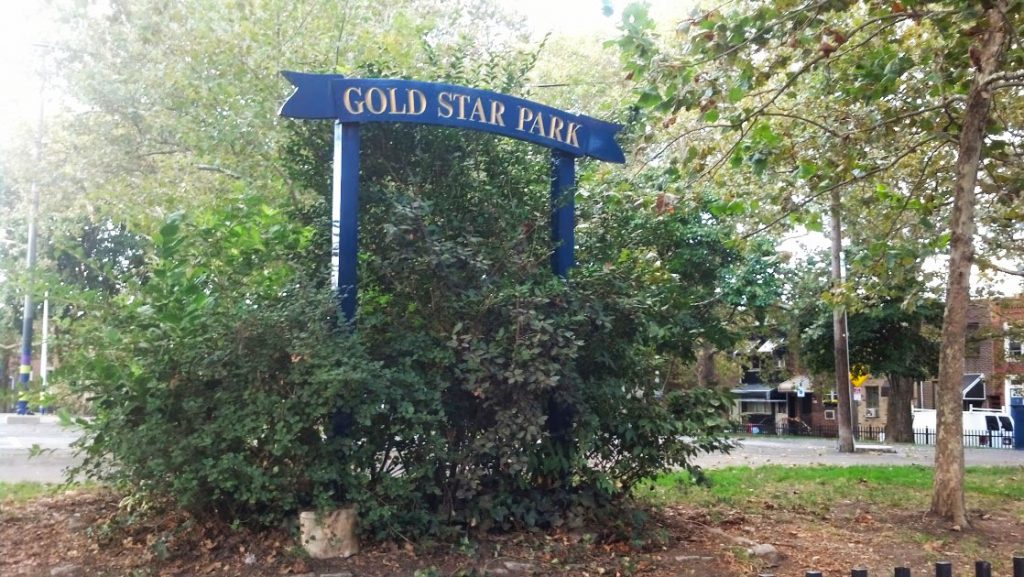 Gold Star Park is a key pocket park located on Wharton Street, between 6th and 7th Streets. We provide greenery and recreation in a concrete-dominated neighborhood. The park is used for morning Tai Chi, kindergarten recess from Kirkbride Elementary, the Grassroots Bocce League, numerous picnics and birthday parties, and is a daily stop for the neighborhood dogs. We run varied programs for children, families and dog owners throughout the summer.

The John Hay School was built in 1906 and served neighborhood children until it burned down in 1939. After the fire, the space became the John Hay playground. Following World War II, it was renamed Gold Star Park in honor of families that had lost a member in the war.

In the 1990’s, initial improvements were made to the park, including a basketball court in the northwest corner and jungle gym. Over time, the basketball court fell into disrepair. The chain link fence around the court was eventually removed.

In 2009, the park community participated in a 6-month process with the Community Design Collaborative to develop a new design for Gold Star Park. We decided to tackle the effort in stages, with our first priority to replace the crumbling basketball court with a lawn.

In 2011 we initiated the first stage of the park remodel, thanks to funding from Green Plan Philadelphia. Over 6,200 square feet of asphalt was removed from the basketball court and topsoil and sod was put down to establish a grass lawn. This project has been a major transformation.